Hockey players are widely considered to be some of the toughest, meanest and most intense athletes in professional sports.  But one thing that is undeniable about these guys is the size of their hearts. Charity and good will has become synonymous with being an NHL player, and there is no better example of that than Smashfest. 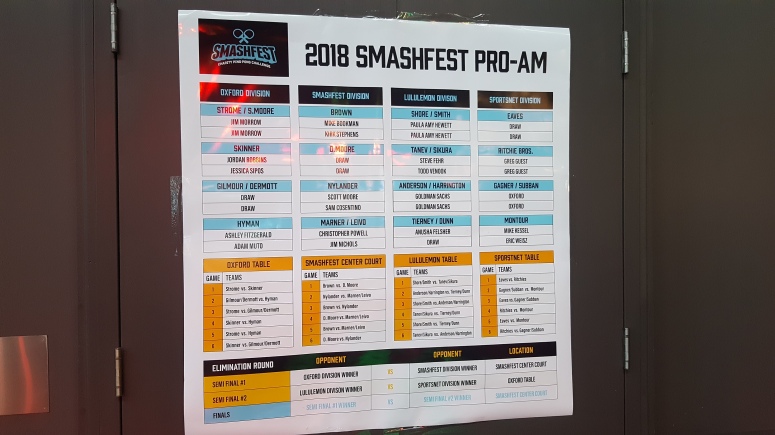 Put on annually, Smashfest is an NHL star studded ping-pong tournament spearheaded by NHL veteran Dominic Moore. The proceeds from the event go towards both concussion and cancer research. The event is held a Steamwhistle Brewery in the heart of downtown Toronto. The appeal of the event is simple; come out, enjoy some wine, beer and tasty appetizers, and watch your favorite NHL stars compete for a great cause.

The bracket for this year’s competition consisted mainly of Leafs stars of past and present. Leaf’s legend Doug Gilmour was of course the crowd favorite, with the likes of William Nylander, Mitch Marner, and Connor Brown garnering heavy attention as well.  Non-Leafs included Toronto Native and Vegas Golden Knights goalie Malcolm Subban, and three (now four) time Smashfest champion and Anaheim Ducks forward Patrick Eaves. There was also a surprise guest appearance from Canadian Tennis star Milos Raonic, who sent the place into a frenzy when he walked in. 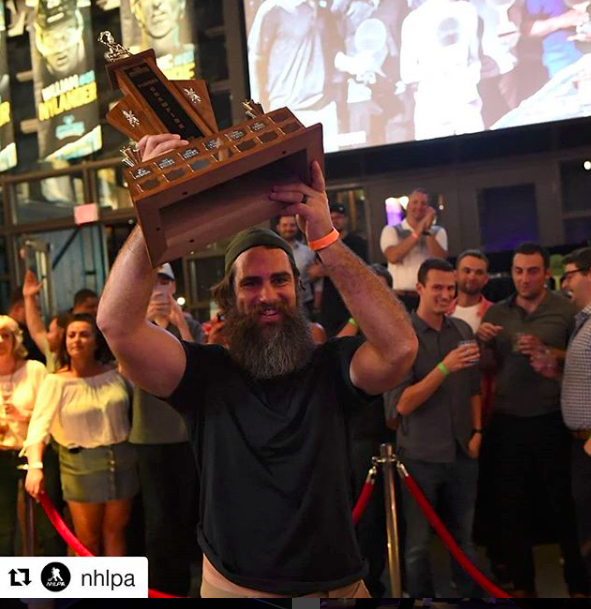 Steamwhistle Brewery could not have provided a more perfect venue for this event.  The competition itself took place inside, where you could walk from table to table and view multiple games at once.  There was also an area where you could bid on various signed sports memorabilia in support of the cause. Connected to the competition area was an outdoor patio, where you could either kick back and relax, or play ping-pong with other Smashfest goers. The brewery provided its’ signature Steamwhistle Beer, as well as white and red wines that blew away my expectations. The brewery also provided delicious appetizers such as pulled pork and smoked meat sandwiches.

We know how much passion these guys play with on the ice, but it’s off the ice where NHL players are showing how big their hearts are. NHL players like Dominic Moore truly have emerged as charitable leaders in the sporting community. Smashfest is a well-run event that provides a fun and competitive atmosphere in support of a great cause.  I think this goes without saying (but of course I’m going to say it anyways), Smashfest is Atmosphere APPROVED.