Cenosillicaphobia: the fear of an empty glass

Anyone with this fear, need not worry when attending the 2nd annual Winter Brewfest. With over 180 craft breweries operating in Ontario alone, it would be difficult to taste every one. This is where events such as the Winter Brewfest come in handy. The Brewfest attracts breweries from all over Ontario, and even parts of Quebec, to provide beer lovers with an opportunity to sample brews they may not be normally be able to. With over 150 kinds of beer, from more than 60 breweries, the Winter Brewfest was the place to be this weekend. With good music, good food, great drinks, great staff/volunteers, and a venue that added charm, this event had it covered. From the RFID wristbands for payment to reduce lines, right down to the decor, and plastic reusable cups to cut down on waste, the event organisers were on their game. You can read our full review of the Toronto Winter Brewfest on the main page.

While attending the Toronto event, Atmosphere Medias got an opportunity to speak briefly to Michael O’Farrell, General Manager of Winter Brewfest.

Atmosphere Medias: How did the Winter Brewfest come about?

Michael O’Farrell: We started running beer festivals seven years ago, starting with a summer event just across the border from Ottawa in Gatineau, Quebec. It slowly grew by adding a winter event, then three years ago we decided to expand to Ottawa in the winter during Winterlude. Last year we saw the opportunity in Toronto. We saw there was nothing going on in the winter indoors, so we thought “hey, Toronto is a great market for craft brewers and beer lovers, so let’s throw an event in Toronto.”

A.M.: What makes this event stand out?

M.O.: We are an indoor winter beer festival, and Toronto doesn’t really have other event like it, at least not indoors in the winter. Another thing that differentiates us is the number of brewers from Quebec who take part. We’ve got a lot of great Quebec beers from brewers all over Quebec.

A.M.: Over the last several years, we’ve seen a big surge in craft beers. What do you think is the driving force behind this?

M.O.: I think in general, the public are looking to consume products that are locally brewed, or grown, or made, or whatnot. They’re tired of the whole mass production, and are looking to go craft and support local businesses. Most of these businesses are family owned and people value that and are looking to give back. Also, the beer is really freaking good! There’s so many different types of beers, it changes every week, every day. Part of the whole experience is being able to go to a restaurant, or festival, or whatever and seeing something new.

A.M.: Where do you see this event going in the future?

M.O.: I definitely see it expanding. Maybe adding another session on the Saturday afternoon. We kept a couple hundred tickets aside to be sold at the door, but otherwise the event is sold out today, and is sold out for tomorrow. Last year was completely sold out. It’s been a very popular event, so another session is a possibility that is in the works. Also, trying to get more breweries to be showcased at the event. It’s tough in the winter because there’s not much going on, they aren’t going out as much, production is a bit lower, so that’s why we have serving stations that feature different beers, along with the brewers we have on site.

A.M.: What is your background and how did you get into this kind of event?

M.O.: I started the Escapade Music Festival in Ottawa in 2009, so many years ago. I’ve been in events, and I’ve always loved beers and craft beers, so it’s been a good mix. It’s like the best of both worlds for me! 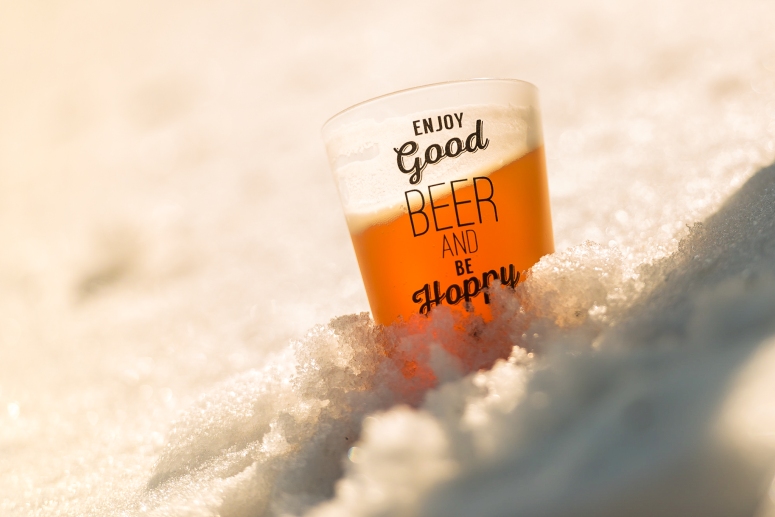