Cheap seats they weren’t, I was lucky enough to snag a pair of seats to see Dallas Smith in concert at Casino Rama October 21st.

It’s part of his Canada-wide tour ‘Side Effects’, where he performs songs from his latest album. 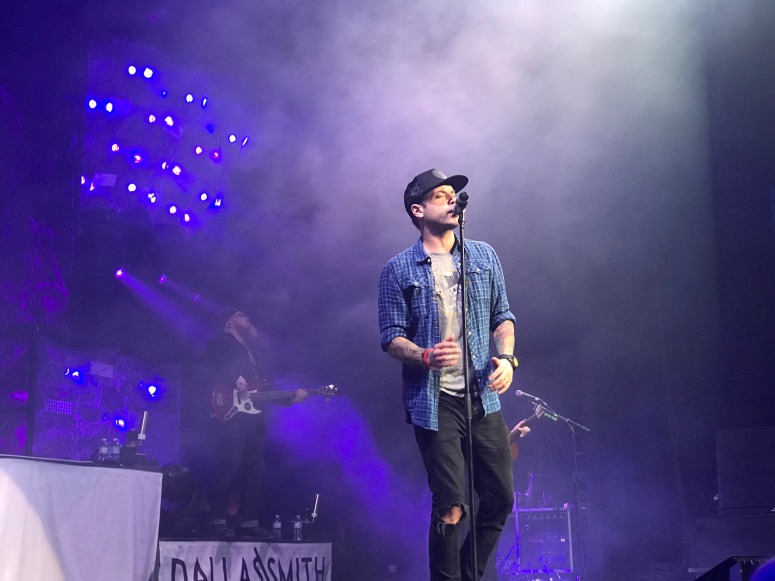 The atmosphere was incredible inside Rama. Me and my friends got floor seats at the very left edge of the room, and although close to the stage it would have left us with a pretty bad view. So, as the opening act started playing all three of us rushed the stage along with a group of others and nabbed a spot right in front of the stage. I realized quickly this was the best vantage point possible, and set the tone for the rest of the night.

As Dallas belted out his songs, old and new, he did something that everyone was either excited, jealous, and awe-struck to see. He pulled out my cell phone and took a selfie with a group of us. I mean, how incredible is that? That’s a memory I’ll have for the rest of my life with one of my favorite country acts ever.

Dallas really put on a great show, playing old and new songs from his county music career, and even a few from his days with Default. It’s a luxury to be able to pull from so many hit singles, and the crowd was into it from the start to finish.

As the lights went out, and the crowd screamed for more, he shared a story with the crowd of when he made the switch from rock to country music. He was scared, nervous, and unsure, but in the end, he had to follow his heart. It was a touching story that added a layer of human emotion to the man behind the music.

In the end, Dallas Smith pulled off an incredible show that I’ll remember my whole life.