Ever since I was a child, I’ve had a passion for the great game of football.  From the time my family took me to my first Alouettes game at Percival Molson Stadium in Montreal, watching games on television has never been the same.

For years I’ve been stuck watching the Grey Cup from my living room or basement, only dreaming of what it would like to be at the championship game.  Last November however, I was able to make that dream become a reality; and trust me when I tell you, it failed to disappoint.

Inside the stadium the 104 Grey Cup was a spectacle for the ages, from pre game ceremonies to the half time show by One Republic, it was an amazing event to be a part of.  But it was the atmosphere outside the stadium that blew me away.  Fans from across the country came wearing their respective team colours.  In many other places this would lead to a hostile environment, but in this instance, the fans came together to share their common love for the league they collectively cherish.

It truly is the passion of the fans that makes the Grey Cup a must-attend event. It didn’t finally occur to me just how much this game meant until the singing of O Canada, where together in unison, 31,000 fans belted out the national anthem of this great country.  Somehow from that moment on, the stadium didn’t get any quieter.

The game was lopsided for the first half with Ottawa carrying a comfortable 20-7 lead at the end of the second quarter.  The Redblacks’ fans were feeling good, but you could still sense a certain degree of tension amongst them, as they knew their opponents had only lost 2 games all season.  The second half proved this tension was warranted, as Calgary stormed back to force overtime. However, it was Ottawa who came through in the clutch, finishing off the major upset with a win a touchdown and defensive stand in overtime.

After the final whistle blew, Ottawa fans rejoiced and Calgary fans mourned, but one thing anyone at that game can agree on, is that it was special.  I’ve been to many sporting events in my life, but never have I been to one where the game was as much of celebration as it was a contest.  The Grey Cup is a celebration of football, but more than anything it’s a celebration of Canadian Football. 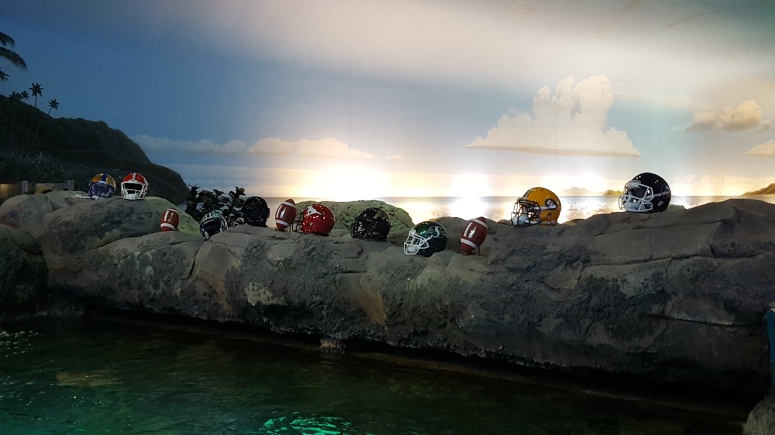