Last year I had the great privilege of attending Smashfest, a charity Ping Pong tournament hosted by NHL player Dominic Moore in the name of concussion and cancer research.  I was so blown away by last year’s event that I really wasn’t sure if this year’s edition could meet the bar it set, and man was I ever wrong. 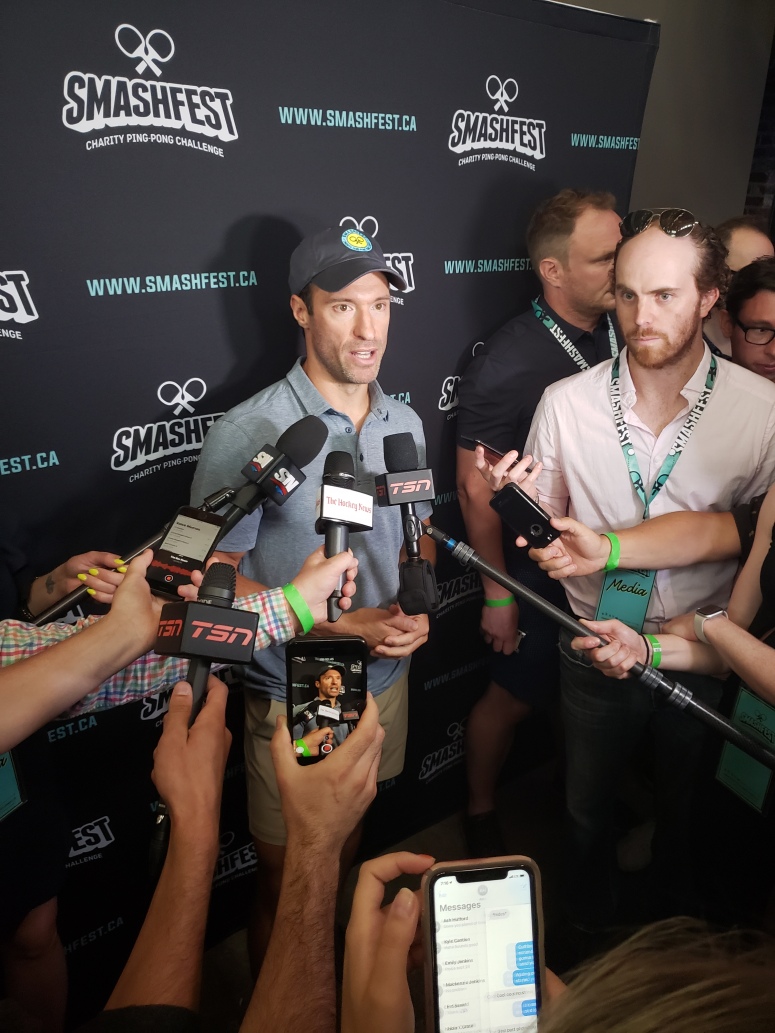 Smashfest offers an incredible fan experience that provides an unparalleled access to the some of the NHLs brightest stars. Those attending the event can enter their name for a chance to play in the pro-am, where you get teamed up with an NHL player for a quick tournament before the main event.

The event is catered with all kinds of delicious appetizers, an open bar, and even has an auction where you can bid on all kinds of sports related items.  The main auction item from this year’s event was an autographed picture by none other than Tiger Woods.

Another year, another amazing Smashfest in the books.  Smashfest once again exceeded all the hype and expectations that surrounded it. Year-after-year this event provides an amazing opportunity for fans and players of the great game of hockey to come together in support of a great cause.  If you’re an NHL fan living in the GTA, I strongly encourage you to make Smashfest a staple of your summers going forward. Once again, Smashfest is Atmosphere approved!